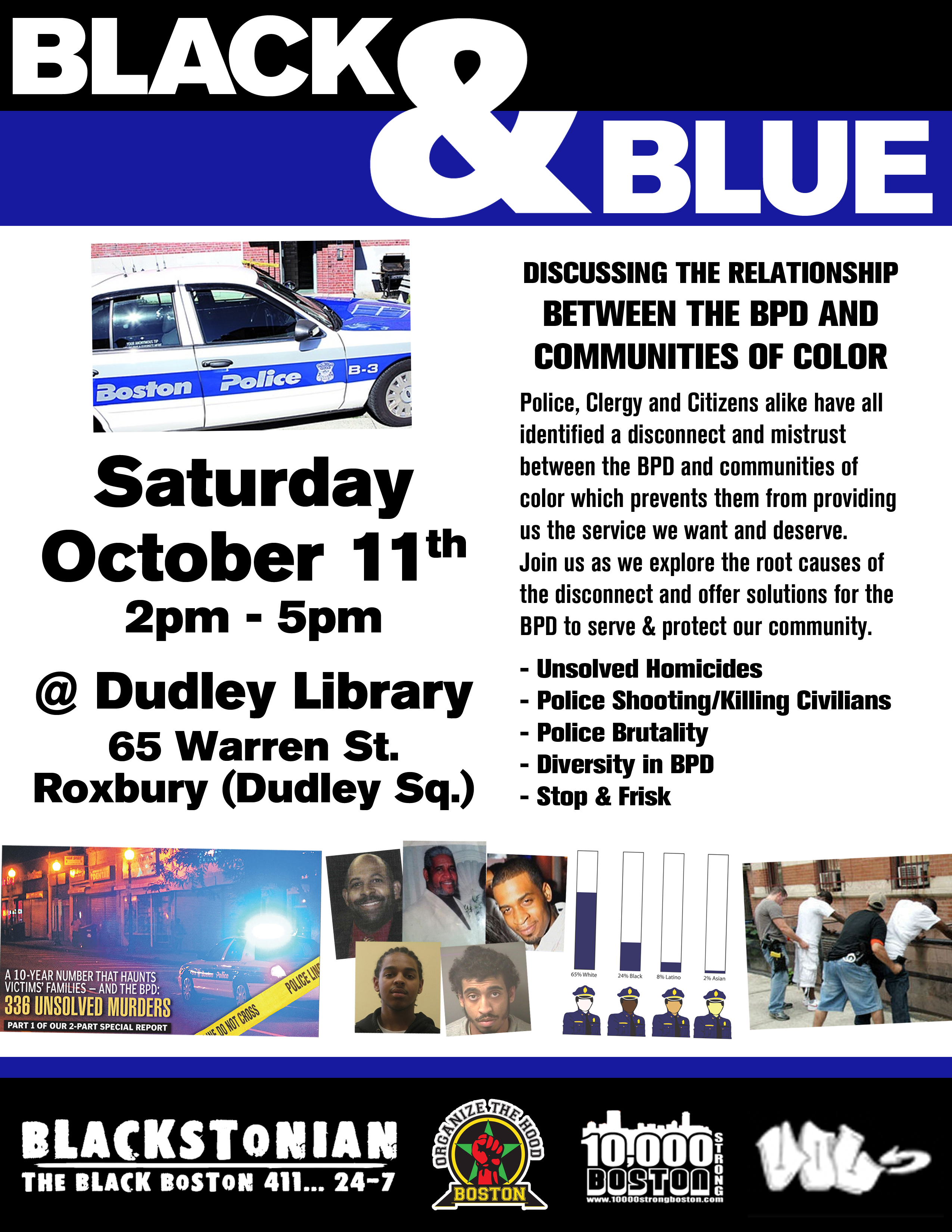 [Via Voices of Liberation]

In the wake of yet another killing of a young Black man by Police, this time in St. Louis, we invite you to join us for a Community Town Hall Meeting on police and community relations right here in Boston where BPD have shot and killed more than 20 people in the last 20 years, all of whom were Black Latino or Cape Verdean. Where a recent study entitled Black, Brown and Targeted by the ACLU of Massachusetts found that blacks made up 63% of the number of stop-and-frisks while only being 25% of the city’s population.

DISCUSSING THE RELATIONSHIP BETWEEN THE BPD AND COMMUNITIES OF COLOR

Police, Clergy and Citizens alike have all identified a disconnect and mistrust between the BPD and communities of color which prevents them from providing us the service we want and deserve. Join us as we explore the root causes of the disconnect and offer solutions for the BPD to serve & protect our community.