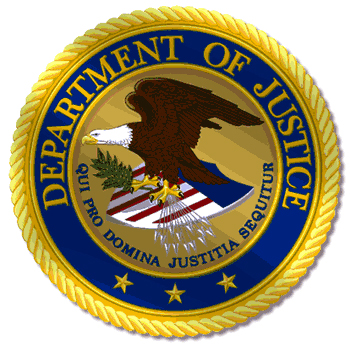 Please sign on to and spread the word about this letter urging the US Department of Justice to help investigate and reform the Boston Police Department:

The City of Boston has experienced several alarming cases involving allegations of racial profiling, police brutality, excessive/deadly force and corruption by members of the Boston Police Department. As citizens and community organizers whose duty it is to advocate for justice for citizens of the entire City of Boston equally, we are requesting that a full review of the Boston Police Department’s practices, policies and procedures be conducted by the Department of Justice.

Citizens of Boston who have had negative contact with the Boston Police Department are further disheartened by the District Attorney’s consistent failure to find any wrongdoing in all cases involving white officers and victims of color.1 Many in Boston have lost faith that the current system will provide justice for all. This is but one of many issues facing the Boston Police Department. We are requesting the DOJ’s intervention in Boston specifically, however, you will find these problems throughout the Commonwealth of Massachusetts.

Over the decades the Boston Police Department has been embroiled in numerous scandals which were “resolved” questionably. In 2006, three BPD officers conspired to escort cocaine, heroin and oxycodone from Miami to Boston.2 In 2008, it was revealed that almost 1,000 cases were affected due to the theft of approximately 700 bags of drugs including Marijuana, Cocaine, Heroin and Oxycontin stored in the BPD’s central drug depository which is a secured facility only police have access to.3 This investigation resulted in no charges or disciplinary actions. Recently, in October 2014, a BPD officer was charged with lying to the FBI after being accused of providing information to an associate in a suspected gang under surveillance.4

The Boston Police Department has also weathered several high profile cases of police brutality. In 1995, Michael Cox, an undercover Black police officer was beaten brutally after being mistaken for a suspect.5 In 2008, Black firefighter Wayne Abron was severely beaten by Boston Police officers and currently has a pending case.6 In 2010, a 16 yr. old was a victim of police brutality on the campus of Roxbury Community College. This incident was captured on video7 and prompted community protest when the DA again found no wrong doing.8

The Boston Police Department has undergone many investigations, internally, at the federal level, as well as numerous civil matters. Somehow, despite all attempts, there is no comprehensive solution to persistent problems no matter how well documented or publicized. In January of 2013, several officers involved in some of these high-profile cases were honored and awarded 10 by the BPD, which served to further erode public trust. The City of Boston needs the Department of Justice to not only conduct an investigatory review but also assistance in shaping policies for the future to ensure justice and hold law enforcement agencies accountable to the laws they uphold.

The cases highlighted here are just a few examples representing a small sampling of issues facing the communities of color which the Boston Police Department serves. The latest example occurred while this letter was being written. A 16 year veteran of the BPD was charged with assaulting a Latino Uber driver after calling him “Spic.” When a Good Samaritan intervened he was called “Nigger” by the officer who then stole the Uber driver’s car and drove away attempting to escape to his nearby home. At the time of this incident the officer, who has now been identified as Michael Doherty, was already on administrative leave for a November domestic violence incident with his girlfriend and facing two pending IA investigations.11

Recently, the ACLU of Massachusetts released an analysis which highlighted racial profiling in Boston through the use of “stop & frisk” policies.12 This recent report, combined with reports for decades from both government and independent agencies and in addition to the information noted above illustrates the urgent need for the Department of Justice’s intervention in order to take a step towards restoring public faith in the Black and Brown communities of Boston.