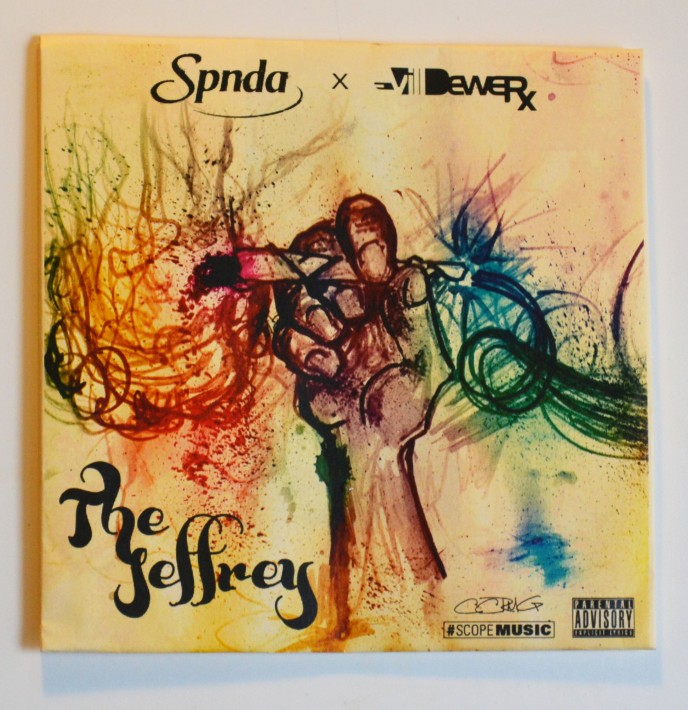 4:20 marked the release of “The Jeffrey” a collaborative album between CCR and Scope Music fam SPNDA and EvillDewer. We were brought in from the beginning to design Single covers and then an alternate cover for a bootleg physicals we helped produce and print (Find more on that in the blog). “Bang Em in tha Head” was a staged photo, we carved the title and some hash marks and took pics of SPNDA with a rusty old knife – this idea plays with imagery from a video concept but since the video isnt out, thats all for now on that one. For “Nebraska” we grabbed a screenshot from youtube of the moment that inspired that title for the track and played with the visual language of youtube to work in other info like the title and artists. The official cover was designed by Sir Froderick and features sweet comic book-based collages. We just added text, logos and titles. We also worked on building a 1-page-website and tweaking the SPNDA’s bandcamp. We took different approaches to the single covers.

Def buy or download a copy of the Jeffrey for yourself – its a great project.