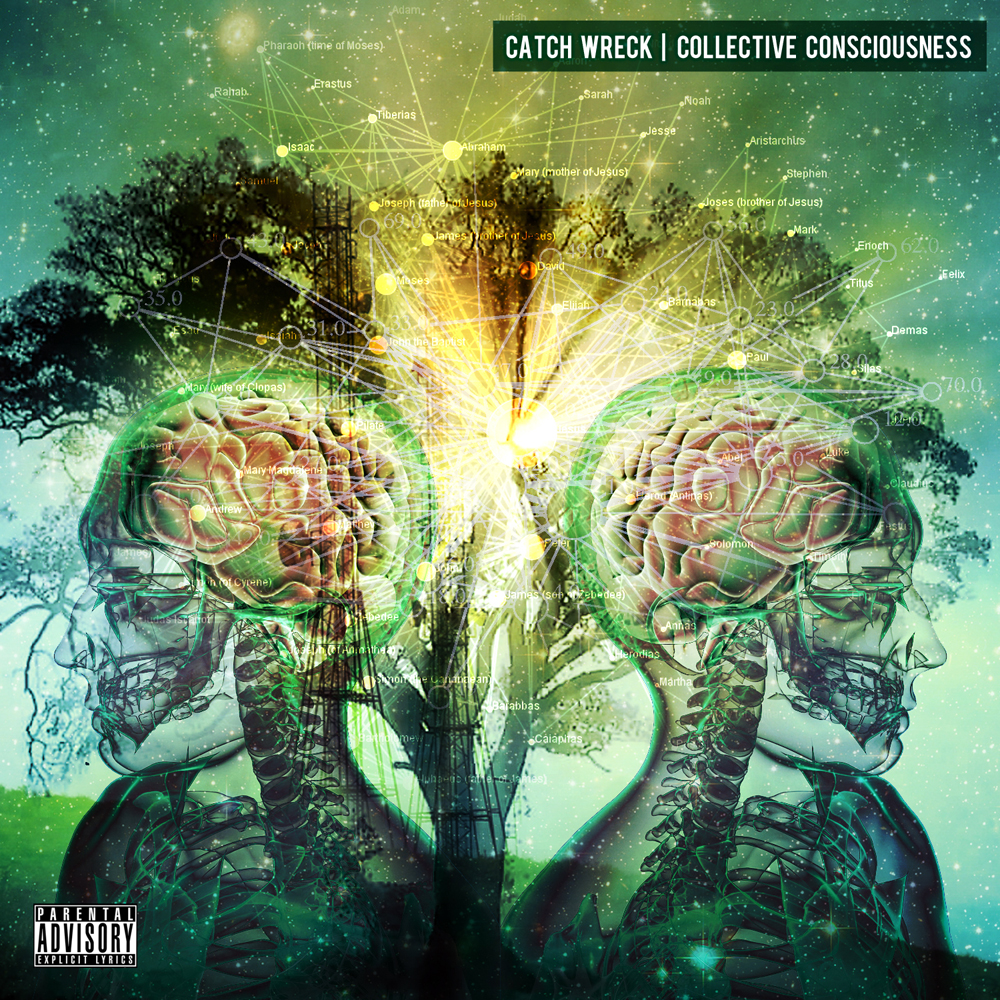 Friday, CCRMG artists Catch Wreck and Retrospek released the video for Spliff Lifta, the apocalyptic single off of Catch Wreck’s latest album Collective Consciousness. The video was filmed, directed and edited by Rene Dongo and the song was produced by Rah Intelligence.

As we busily prepare the website and other materials for the release on 12/21/11, we thought it would be a good opportunity to share the cover art and talk about the process behind it and how it relates to the concept of the album. This cover was done by Jake and grew from a late night session sitting around and listening to the rough mixes – talking about images and ideas associated with the project. The title “collective consciousness” has both external and internal references. CCR, which stands for cool collective reps is the musical family Catch has been working with here in Boston, and the mentality that unites the group, similar ideas and aspirations is one of the touch points for the project, which has a lot of material about Boston and the Boston hip-hop “scene.” In the larger context – Collective Consciousness refers to the way ideas can connect people across other boundaries, physical or otherwise and how collective action of like minds has tremendous power to change existing paradigms.

With the cover we tried to pull together images that represented this on different levels: so networks within ones self, networks of people and relationships, networks of technology and networks on the cosmic scale. Knowledge as light, as energy, as life and something that connects us. There was a lot of adjusting to the images and colors to try to get the right balance – eventually landing us in this rich blue green to yellow – like a living equatorial ocean. For the type we wanted to keep it simple and direct. Mostly though we just pushed the images until we liked how it looked – listening to and talking about the music throughout.

We also did the quick single cover for “The Plan”.