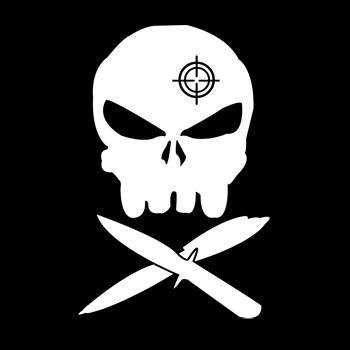 Flanked by ministers and priests, activists in the Cape Verdean community, and political leaders, Boston police officials called on residents yesterday to be patient with them as they investigate the death of Manuel “Junior” DaVeiga, who authorities say shot himself in the head.

Dozens of city leaders gathered outside St. Peter Church in Dorchester, where DaVeiga’s funeral was held Friday, to say they support the police and need them to help keep peace in the city as the summer approaches.

“We have to pray for the Police Department,” said the Rev. Jeffrey Brown, who runs the Boston TenPoint Coalition. “Pray for their safety. Pray that they’ll be able to make the right decisions at those critical times.”

DaVeiga was struck in the hand, hip, and chest by police gunfire, and then shot himself in the head, according to law enforcement officials. Suffolk District Attorney Daniel F. Conley has said DaVeiga started firing at officers in the department’s gang unit after they approached him at a makeshift memorial for his slain friend, Andrew Tavares, who was shot on Maywood Street last month.

Since the shooting, law enforcement officials have been trying to reach out to the city’s Cape Verdeans, a community hit hard by DaVeiga’s death. His family is from Cape Verde. On Sunday, representatives of the police and the prosecutor’s office met with up to 200 people for a three-hour-long meeting.

Conley and Commissioner Edward F. Davis, who spoke at yesterday’s press conference, promised a full account of what happened that night. On Sunday, police officials said the investigation could take up to two months to complete, according to those who were there.

“I ask for your forbearance,” Conley said yesterday. “We’re going to conduct a thorough and complete and detailed investigation that will stand up, that will be done with integrity and fairness.”

John Barros, a member of Cape Verdean Community UNIDO who went to the Sunday meeting, said yesterday that he was heartened to hear police say they are committed to transparency.

“We walked out of that meeting yesterday like we were more united, like there was hope,” said Barros, who is also head of the Dudley Street Neighborhood Initiative.

The weekend meeting and yesterday’s gathering are among many steps community leaders said they are taking to reduce the tensions. Yesterday, friends and relatives of DaVeiga were scheduled to come to the church in the afternoon to talk about their grief, said the Rev. Jack Ahern, who heads three parishes in Dorchester, including St. Peter.

Tonight, there will be a peace vigil during which teenagers from the neighborhoods will walk from the church to Hancock Street, close to the area where DaVeiga was shot, Ahern said.

Police, anxious to prevent retaliation, remained aggressive on the streets. Over the weekend, gang unit officers arrested two men, one on charges of gun possession and the other accused of failing to stop for a police officer. Both are purported members of DaVeiga’s gang, according to two law enforcement officials with knowledge of the arrests.

Davis said his department’s relationship with the community is key to preventing violence.

“We want to have a safe summer,” he said. “We want to work closely with the community . . . That’s exactly what we’ll deliver to the people of the city.”

A friend of Tavares, she wore a pin with his picture on it. But she said she is weary of wearing such symbols.

“I’m fed up,” she said. “I’m tired of waking up on a beautiful day and finding out someone close to me died by gunshots.”